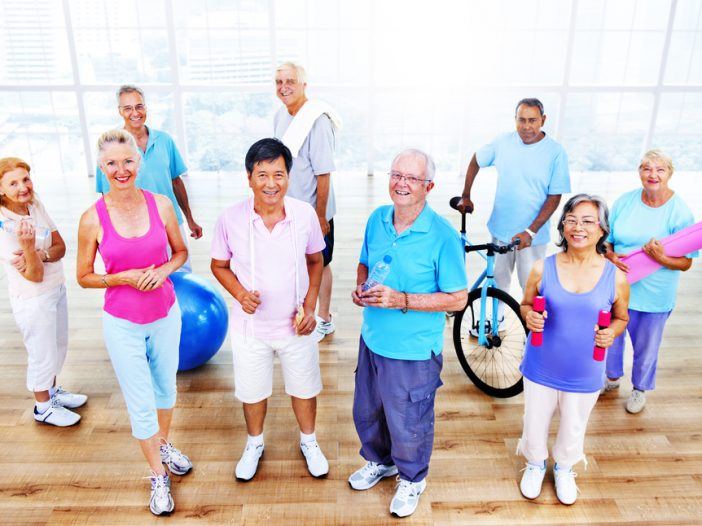 Okay. So welcome back to our second episode of the Focal Allied Health Practitioner podcast. Last episode, we talked about falls prevention and how it was a very important thing for older adults, talked about a number of factors that you want to look for. When you’re looking at falls prevention, we talked about things like intrinsic factors, environmental factors, behavioural factors that people needed to address. And then we went into a little bit more detail about some intrinsic factors and so on. And in particular, we talked about stabilometry or posture, which is the use of a force plate to measure somebody’s balance. So effectively you measure movements of the centre of gravity, the as a projection of a thing called the centre of pressure. And what that does is it basically allows you to quantify balance.

Now, as we discussed last time, there’s a number of measures that you can use to actually assess balance. One of which is sway velocity. So that is how fast the person’s centre of pressure is moving around on the force plate. And generally the faster people are moving, the more unsteady they are, you can also look at the mean distance from the centre of the sway area. So you look at how far, side to side people are swaying. So obviously the larger, the oscillations, generally the poorer the balance. Similarly, you can also do what’s called sway area where you draw a 95% confidence ellipse. And basically you work out, how wide people are swaying and etc. You come up with an “area for their sway”. And those are probably the main three measures. There’s all sorts of other sort of funky measures that everybody seems to be coming up with their own sort of determination of how to come up with sway measures and, and so on for balance.

But those are probably the main three that tend to be used. Now, in this episode, what I want to do is I want to talk about a study by Zhou and Lipsitz. So excuse me authors, if I’ve just butchered your names, but I’m pretty sure that’s correct. And I’ll put the link to this study in the show notes. So it’s an open access journal article, it’s with the Journal of NeuroEngineering and Rehabilitation. Basically the title of the article is sub-sensory vibratory noise augments the physiological complexity of postural control in older adults. So if you look that up, I’m sure you’ll be able to find a copy of that article, it’s readily available from the BMC collection there. So before, be sure to check that out. Now, this article used an interesting measure for balance and what they were doing was they were using a mathematical process called multi-scale entropy to assess the complexity of the centre of pressure sway speed.

Okay. So how fast somebody was swaying around, they were basically looking at the complexity of the sway speed. And interestingly, what they found was that the more complex the centre of pressure sway was, the better the person’s balance was. Okay, multi-scale entropy. And I won’t pretend to sort of completely understand it. I’m not a mathematician by any means, but basically what they’re doing is they’re looking at the complexity of movements. And so in this one, they were looking at centre of pressure sway speed. And like I said, they found the more complex the centre of pressure sway was the person’s balance use basically is, and they were using other more traditional balance measures for that to compare and contrast. So basically they also then discussed how postural control is critically dependent on the peripheral nervous system to detect changes in the foot’s interaction with the ground.

So not surprisingly the upshot of that was that those older adults who had better sole sensations, so they had better sensory function in the soles of their feet, had more complex balance control suggesting therefore that they had better balance. Okay, so this isn’t really surprising, but really to, I was really sort of taken by the fact that this, they were looking at this complexity of sway. And I think this is quite an interesting thing in that what tends to happen is that as we age and as our systems degenerate, they tend to become less complex.

So for example, how might you sort of explain that? So if you sort of think about, well, if you have a situation where, as a young adult, you have good visual acuity, you’ve got good visual feedback for balance. You also are potentially able to use auditory feedback for balance control as well. You can obviously use vestibular feedback, assuming, all of these systems are normal in you as an older, a younger adult, and you can use things like postural feedback or proprioceptive feedback, that are going to, to give input into the system as well. And the number and density of receptors that you have in each of these symptoms, sorry, systems is going to be greater say than in an older adult.

So for example, your number of muscle spins and the sensitivity of your muscle spins in your muscles is going to be greater. The number and density of cutaneous receptors and joint mucuna receptors is going to be greater. Your vestibular hair cells. You can to have a greater number of those, and therefore you’re going to potentially have greater sensitivity in the vestibular system. And similarly with the visual system, hopefully you’ve got fairly good visual acuity as a young adult, but obviously our retinas tend to decline as we get older, visual acuity tends to decline people, get things like cataracts, et cetera.

And so the degree of information going into the central nervous system declines as we get older. And so therefore you could say that the complexity of the system is also declining as well. So, and this is reflecting in what they were seeing with this multi-scale entropy to assess this centre of pressure sway speed, that they were seeing, that there was less complexity in the system there. Now, so what does that sort of mean for us as practitioners? Well, like I was sort of hinting at last time. You know, we are potentially going to be wanting to look at ways that we can increase feedback into our patients systems and improve better integration within the central nervous system. Because my clinical experience has been that as you start to get declines in these functions, you start to, I suppose, decrease activation within the central nervous system.

And so therefore you kind of get a bit of a winding down of the neurological system. Okay. And increasing the feedback into the system is therefore going to increase its ability to respond to perturbations from within the environment, et cetera. Now, another aspect of this study, which was very interesting was that investigating whether sub-sensory vibration applied to the soles of the feet would improve sway complexity and therefore improve functional balance. And they were using a functional test called the timed up and go test. And I’m sure many of you are familiar with that. And if you’re not, then there’s tonnes of literature out there and have a look at it.

Now, what they found was that actually, when they applied sub-sensory vibration stimulation to the soles of the feet, that you actually got increased sway complexity and timed up and go performances decreased. So as in the time that the timed up and go took to perform actually decreased with the sub-sensory noise and basically a shorter timed up and go test is a better result. And so the fact that the timed up and go improved with this sub-sensory vibration is a good thing. Now, the reasons underlying this, the why this is the case of complex and could be the, really the basis for a whole seminar, but suffice it to say basically the sub-sensory vibration lowers the activation threshold of the sensory neurons, allowing sensory information to be communicated into the central nervous system. And this isn’t surprising if you think about it from a neurophysiological point of view, if you have a neuron, which is not being fired as much, perhaps because of deafferentation, some of it’s the number of receptors maybe is decreasing or, or whatever, it could be a number of reasons.

If you are raising the feedback into the system, what you’re going to do is you’re going to increase the resting membrane potential of the neurons in that sensory system. And if the activation is sub-threshold so, so below the level of perception, then what is happening is that you’re not actually firing those receptors. You’re just raising the level of activation on them, sorry, neurons, you are just raising the level of activation on these neurons. And so what you’re therefore doing is you’re raising that resting membrane potential of the neurons, bringing it closer to the point at which the activation, sorry, the action potential is generated, and therefore you’re making it easier for subsequent sensory information i.e. Somebody’s walking around and the touch receptors are being fired in their feet. You’re making it easier for that sensory information from the walking to be propagated within the central nervous system.

So as a consequence, the patient therefore has greater sensory awareness of what is happening around them. And so therefore they’re able to deal with perturbations and issues and so forth within their environment, much more effectively than they would be able to if they didn’t have that sensory information. Okay. So these vibratory stimulations can be accessed. I believe, I think there are some companies that do it. There’s a company called Myovolt, I believe in New Zealand who are actually producing super threshold vibration stimulation. So that could potentially be beneficial as well. Cool. So a bit of a, more of a theoretical discussion this week, some of this sub-sensory threshold stimulation is harder to get clinically. A lot of these products aren’t available clinically yet. So I don’t believe that these inner soles that this group were using to actually generate the sub-threshold stimulation are, are actually clinically available yet.

But, you could potentially use some other stimulations. I know that there’s other sensory substitution mechanisms there that are being tested these days, but yeah, hopefully you found this podcast interesting. What I’m going to do is I’m just going to wind this one up here, just a little short one. I just wanted to, to touch on this. What I think was a very interesting study over the next couple of episodes, we’re going to be looking at some stuff on photobiomodulation. We’re also going to look at the things like anxiety and stress and so forth and how they may potentially alter musculoskeletal type conditions and recovery from those types of things as well. So we’ve got some interesting topic coming up. Thank you for your attention. And I will see you in the next podcast.